Building a better world, and preserving it at the same time

When it comes to environmental responsibility, the Canadian government has regulations set in place to ensure protection of our water, land, air, flora and fauna. Canadian businesses follow rules, regulations, and processes all in the name of conserving the health and the beauty of our Earth, but how many of those go above and beyond?

For years, we were one of those companies, following the rules and doing our part. We’d recycle our bottles and other basics, but nothing out of the ordinary. That was until Maggie Pusztay got on board as the new Contracts Administrator.

Maggie joined our team three years ago with a lifetime of environmental experience. She was fortunate to live abroad more than 16 years in Honduras. Her time spent amongst other cultures in developing countries set in her mind the importance of upcycling, that everything could be used and everything should be given a purpose. 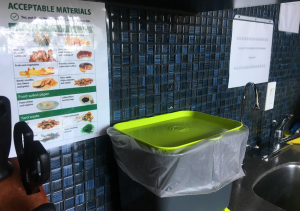 After arriving at Westcor, she started noticing areas where recycling efforts could be improved.

“It started from seeing a lot of waste in the copy room,” Maggie says. “Lots of paper packaging being thrown in the garbage, food scraps in the kitchen not being composted and things like that. When I started making a mental list of everything the magnitude hit me like a ton of bricks!”

For the next few months, Maggie started making notes on what improvements could be made around the office. A composter in the kitchen, bigger and more abundant recycling bins—it wasn’t a lot, but it was important. Once she had a plan, she took it up the chain of command where she received both moral and financial support.

“The response from the team has been phenomenal,” says Maggie. “Everyone has been so supportive! I’m extremely proud of our team and how they’ve embraced this new process. Together I would estimate we’ve reduced our waste output by 80-85%.”

According to Maggie, the recycling isn’t the hard part. It’s the commitment to changing your routine that people struggle with. This hasn’t been the case at Westcor.

“I think we’re all more aware of what we’re doing which in turn makes us more likely to take the time to recycle,” says Maggie. People on the team are even bringing in their own batteries from home so we can recycle them. Otherwise, they’d probably be going in the garbage.” 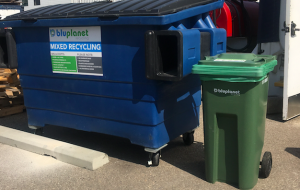 For Maggie, it doesn’t stop there. Away from the office she is ridding her home of chemical cleaners and opting to clean with steam instead. She is using beeswax paper instead of plastic wrap; bringing her own coffee to work in a reusable cup; only buying eggs in biodegradable cartons; carrying reusable bags instead of plastic; and the list goes on.

“All you need to do is look at the garbage floating in our oceans, the size of our landfills, and the diseases and contamination that come from pollution,” Maggie says. “This is a problem that is not going away.”

We know it takes some effort. We’re not saying to go home and throw out everything under your kitchen sink – but do your part. If everyone chooses just one thing to recycle that they aren’t currently and takes the first step to being the tiniest bit greener in their day to day, we will be that much better off.

Want to join us on our journey? Let us know what you’re willing to do to preserve a better world!